Handmade embroidery crafted by Zulu women at Dusk to Dawn on the farm “Wagendrift”. Imbali Handcraft started in 1988 after recognising the hidden talent of the Zulu Women. Imbali is a job-creation project offering a form of income for otherwise unemployed Zulu women living on the farm.

Imbali makes tablecloths, serviettes, placemats, tray cloths, table runners, T-shirts and duvet covers. Customers can choose from the many different designs or choose their own design and have their orders made in any size or shape. All items are hand washable.

Many of the Imbali crafts find their way overseas making ideal gifts. In this way the product ends up in the hands and hearts of those who appreciate hand-embroidered linen, because machine embroidery just does not compare!
For more information visit the Imbali Handcraft Website at www.imbalihandcraft.com or contact Imbali Handcraft: imbali@dusktodawn.co.za 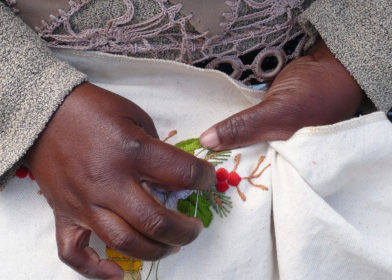 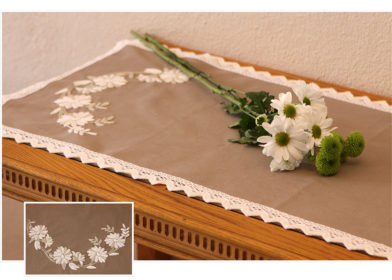 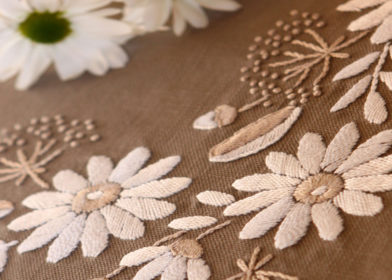 The Thol’ulwazi Thol’impilo project was founded by Johann Engelbrecht in 2007. As a local farmer and member of the Evangelical Lutheran Church of Southern Africa, he and many others, became increasingly concerned about the rising prevalence of HIV and AIDS in the local farm worker community which resulted in a staggering number of mortalities and an increasing absenteeism from work.
​
The mission committee of the Augsburg Lutheran Church got involved with the help of a German pastor, Rev. Markus Kalmbach who rallied support from the NRW government in Germany. Together with the Health Department, they began the initiative with the first mobile clinic. This clinic operated in and around the Commondale area, and it was not long before the real picture of the dismal level of Primary Health Care in the area was revealed. The need was so great, that the project soon expanded to cover greater areas as well as offering a multitude of other services, including ministry, early childhood development, sustainable farming etc.

Through the Dusk to Dawn Farm Guesthouse the project became increasingly known in both national and international realms, resulting in a multitude of generous donations and integral collaborations which have aided extensively toward the growing success of the project.

We appreciate every donation and every prayer that is invested in this project and encourage you to visit the TTN website to learn more about the work that is done to help empower, educate and aid our precious community!
www.ttnnetwork.org

With the increasing prevalence of Alzheimers Dementia in the elderly population in the area, a team of local volunteers have embarked on the exciting, yet challenging journey to establish a Dementia Care Facility at the Paulpietersburg Christian Retirement Village.

The idea is to offer specialised care for Dementia sufferers on a day-care or live-in basis to relieve the spouses and families of patients from the physically and emotionally exhausting task of taking care of their loved ones.

The plans for the project have been finalised, and with the help of donations and the grace of God, we hope to get the construction of the Care Unit going later in 2017.